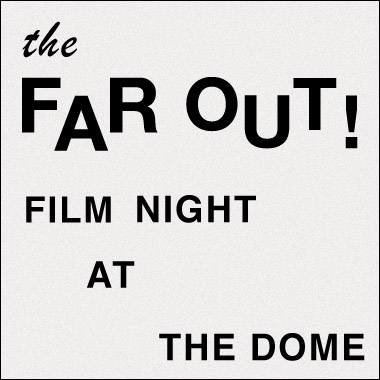 Dates: Last Tuesday of every month

(Check out our movies page for full film details)

Introducing the Far Out Film nights at the Dome


Hand picked classic films that have stood the test of time. Left of centre, out on the fringe, always with substance and never boring. Many films may be unknown to some of our viewers, yet we hope you will come for an experience.

Check out our movies page for monthly film details. 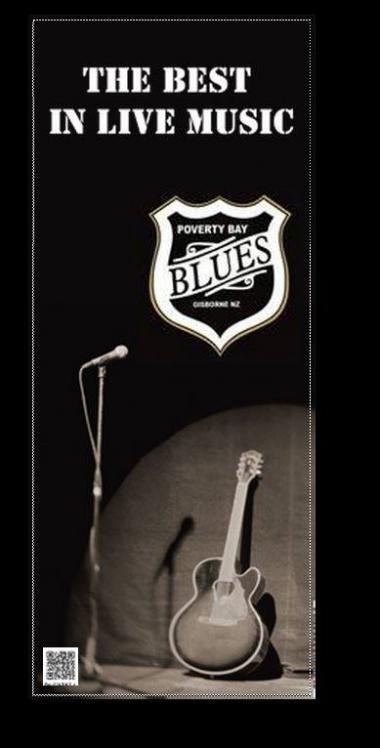 Dates: First Tuesday of the month

The best in live music!

Come down on the first Tuesday of the month for the best selection of local music at the Poverty Bay Blues Night. Each month sees a new line-up of musicians giving us a taste of what they've got.

Michael Llewellyn and The Darlings 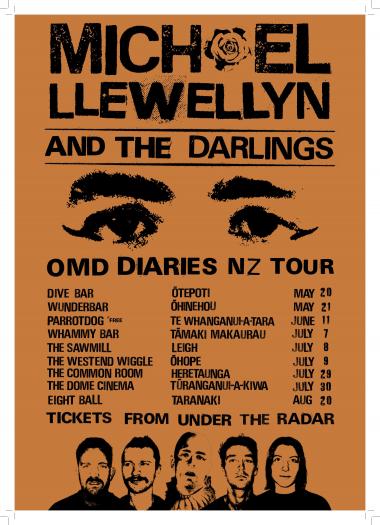 Soft and raspy, poetic and bouncy, ‘Michael Llewellyn’ with his backing band ‘the Darlings’ are a six piece explosion based outta Te Whanganui-a-Tara. After the release of their debut record 'Oh My Darling' and the gentle touring of te ika a Māui they look forward to another year of sweltering hot storytelling and raw grooves. Organic, earthy and honest.

Supported by Gizzy’s very own spaghetti grunge ensemble, The Voles. A Vole (of the rodent family) has been described as “the potato chip of the prairie” and this band is just that. Crisp, a little salty and unforgivingly moorish. Performing their first live show, the local supergroup is made up of AJ Bradley (bass/vox), Ben Emms (drums/vox), Joe Alexander (guitar/vox), Albert Gooding (guitar) and Kieran Nicoll (synth).

Come along to the Dome Cinema for a grungy evening of music.
Doors open 8pm, show starts at 8.30pm 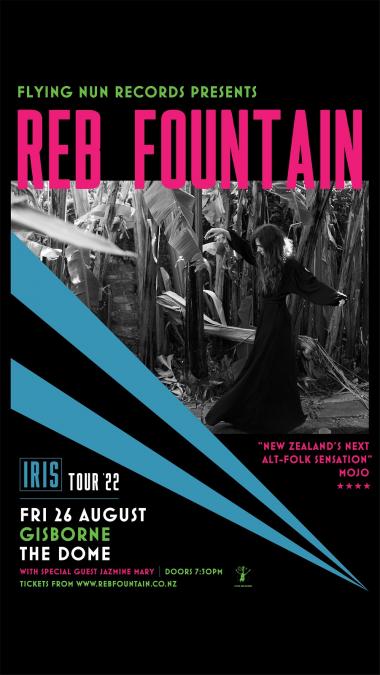 With touring plans curtailed in 2021, Reb Fountain welcomes the opportunity to bring IRIS to life with her band in 2022.

Reb and band have been astounding audiences around the country since the release of her criticality acclaimed, award-winning 2020 eponymous album. Renowned for her spellbinding live performances, Reb’s IRIS tour is a show you don’t want to miss.

Says Reb on Jazmine Mary, “I admire Jazmine Mary’s work and am honoured that they’ll be joining us on our tour. I’m looking forward to introducing them to our audiences“

Book your passage, and join Reb Fountain and band for these exclusive performances, premiering her highly anticipated new album IRIS along with other favourite material.

THIS GIG HAS BEEN RESCHEDULED TO OCTOBER 1st. YOUR TICKETS ARE VALID FOR THE NEW DATE. GO TO EVENTFINDA.CO.NZ IF YOU WANT TO SEEK A REFUND.
Thanks for your patience folks - one day life will return to normal.

Welcome to the Motel California

You can check out anytime you like but you can never leave.......

Presales from $30+BF @eventfinda.co.nz or $30 cash sales from Aviary